We cover all aspects of Global Chat..

The culture and monuments of ancient Egypt have left a lasting legacy on the world. The cult of the goddess Isis, for example, became popular in the Roman Empire, as obelisks and other relics were transported back to Rome.The Romans also imported building materials from Egypt to erect structures in Egyptian style. Early historians such as Herodotus, Strabo and Diodorus Siculus studied and wrote about the land which became viewed as a place of mystery. During the Middle Ages and the Renaissance, Egyptian pagan culture was in decline after the rise of Christianity and later Islam, but interest in Egyptian antiquity continued in the writings of medieval scholars such as Dhul-Nun al-Misri and al-Maqrizi.

In the 17th and 18th centuries, European travelers and tourists brought back antiquities and wrote stories of their journeys, leading to a wave of Egyptomania across Europe. This renewed interest sent collectors to Egypt, who took, purchased, or were given many important antiquities. Although the European colonial occupation of Egypt destroyed a significant portion of the country's historical legacy, some foreigners had more positive results. Napoleon, for example, arranged the first studies in Egyptology when he brought some 150 scientists and artists to study and document Egypt's natural history, which was published in the Description de l'Ėgypte. In the 19th century, the Egyptian Government and archaeologists alike recognized the importance of cultural respect and integrity in excavations. The Supreme Council of Antiquities now approves and oversees all excavations, which are aimed at finding information rather than treasure. The council also supervises museums and monument reconstruction programs designed to preserve the historical legacy of Egypt. 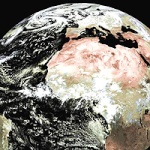 Page 1 of 1
Permissions in this forum:
You cannot reply to topics in this forum
Log in
Latest topics
» FAVVIO.COM » WATCH THE LATEST MOVIES ONLINE HASSLE FREE HD

» Good to be here

Who is online?
In total there is 1 user online :: 0 Registered, 0 Hidden and 1 Guest

For or against Wind Turbines